Kinematic Differences Between Pitch Types: What We Know So Far

A pitcher’s ability to throw multiple pitch types to deceive hitters is important for their success. As players develop and get older, the number of pitch types they throw generally increases from youth, through adolescence, and into adult baseball. The reasoning behind this is multifactorial (size, strength, skill, experience, and many more). One of those reasons is that curveballs were originally thought to be dangerous to throw, as altered forearm position may increase elbow injury risk. This ideology was predominant in youth baseball, as curveballs are generally not taught or allowed before the age of 14.

To evaluate potential changes in joint kinetics and kinematics while throwing different pitch types (and to critically examine the actual effects of curveballs on youth elbows), analysis using marker-based motion capture was performed. Three predominant studies on this topic are:

Nissen et al. 2009, A Biomechanical Comparison of the Fastball and Curveball in Adolescent Pitchers

An average of 16 pitches were thrown into a net with a designated strike zone until 3 representative fastballs and curveballs were collected. The average fastball velocity was 65.8 ± 4.8mph and the average curveball velocity was 57.7 ± 6.2mph. Kinematics were collected using a 38 marker model, and 12 synchronized Vicon 512 cameras recording at 250Hz. The data was collected and analyzed for the critical phases of the pitching cycle: foot plant, maximum external rotation, ball release, and maximum internal rotation. Locations and magnitudes of peak angular velocities of critical joints were also compared. Data from this study was predominantly focused on the throwing arm.

Pitches were recorded using a 23 marker model, and 8 motion capture cameras recording at 240Hz. Pitchers threw from a portable mound to a target strike zone at regulation distance. A minimum of 3 of each pitch type was thrown by each pitcher. Data at ball release was compared, as well as locations and magnitudes of each critical angular joint velocity. BioPitch software was used to extract the data.

Pitchers threw between 32 and 40 pitches from a mound, and 8 to 10 of each pitch was thrown. 3 of the highest velocity balls, and 3 of the highest velocity strikes were used for data analysis. Kinematics were collected with a 38 marker model, using 18 XOS SportMotion cameras recording at 180Hz. Kinematics and kinetics were reported for each phase of the pitching cycle, and at foot plant and ball release. BioPitch software was used to extract the data.

The overall results from each of these papers is as follows. 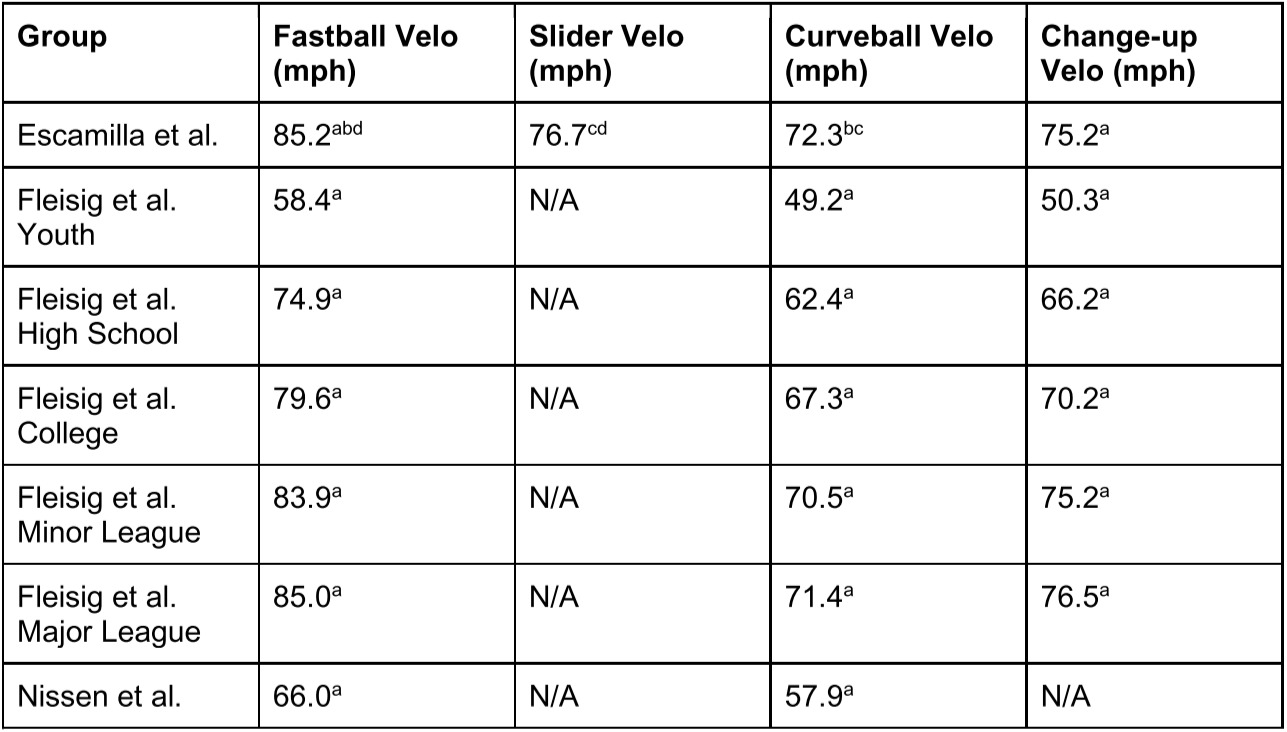 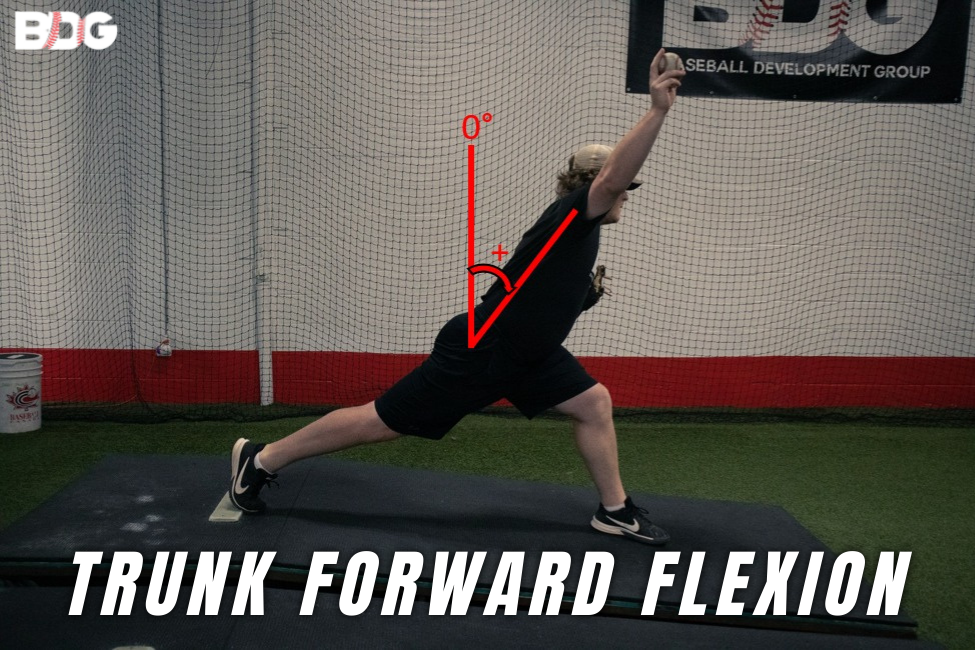 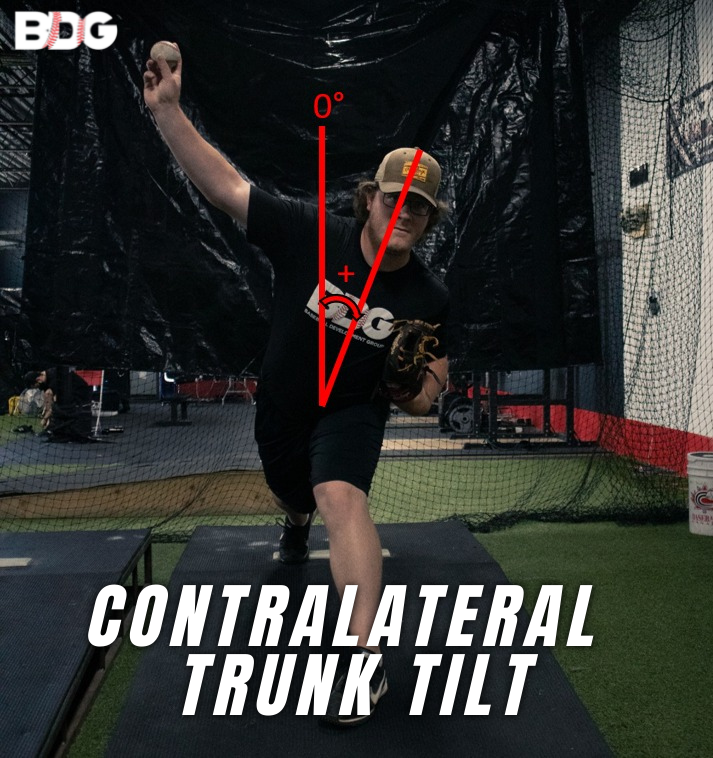 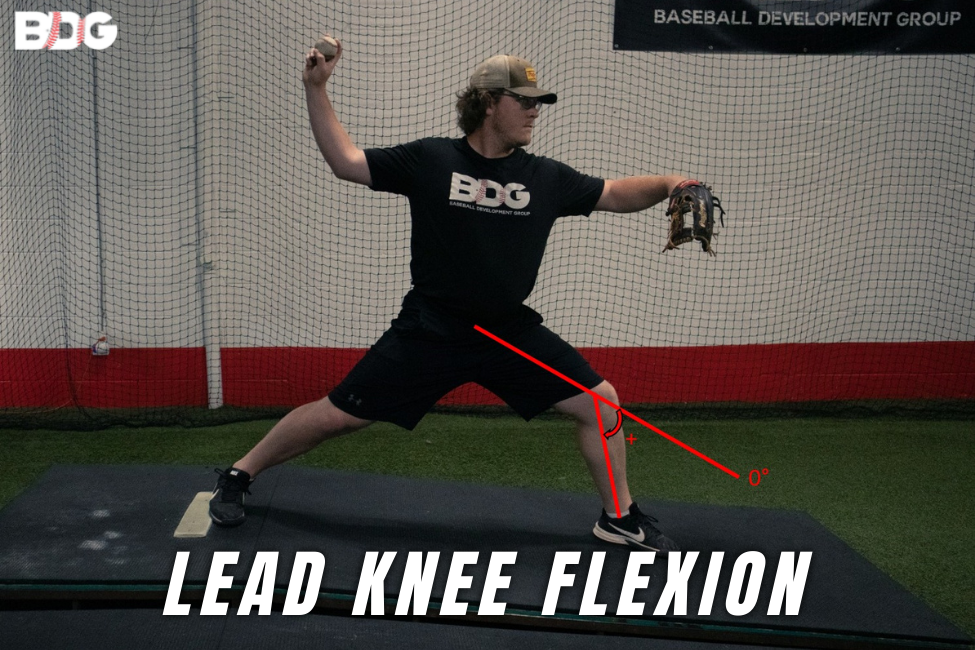 Considering the velocity differences across pitch types, as well as ideal spin metrics for each pitch type, these combined results may explain some of the differences in pitch outcome metrics.

Similar to pitch velocity, elbow torques were highest for fastballs and followed a similar trend to velocity as it decreased from fastballs, to sliders, then curveballs and change-ups. These differences may be accounted for considering the trends mentioned above with less segment and joint angular velocities for offspeed pitches. The orientation of forearm pronation and supination for fastballs and offspeed pitches has been investigated, and it was found that fastballs were generally less supinated (-3 ± 14°) than curveballs (-20 ± 14°) (Nissen et al., 2009). This forearm orientation has not been fully investigated in terms of which postures may increase or reduce stress on the medial compartment of the elbow, however Pomianowski et al., 2001, found that medial elbow laxity was greater in pronated postures than supinated. This may cause curveballs to not be as dangerous as originally anticipated, however there may be other mechanisms at play increasing injury risk with breaking balls.

When considering ideal spin profiles for fastballs, sliders, curveballs, and change-ups, the trunk kinematics at release may explain some effect of arm angle on pitch spin axis. For fastballs and curveballs, the trunk had more lateral tilt. This would generate a more vertical forearm angle at release, creating a more advantageous position to get closer to a horizontal spin axis, 12:00 spin direction on fastballs, and 6:00 spin direction on curveballs. Sliders and change-ups had less lateral trunk tilt, which may result in a lower arm angle. This arm slot would be more advantageous to generating the ideal slider profile with spin direction of 8-9:00 and less spin efficiency than the fastballs and curveballs. Change-ups may also benefit from the lower arm slot as a vertical spin axis would be easier to generate, allowing for a spin direction around 3:00.

In general, some pitchers may have more advantageous mechanics and arm slots to throw high vertical break fastballs and curveballs, or high horizontal break change-ups and sliders. This is important to take into consideration when developing pitches and working on pitch spin and movement profiles, as it may be unrealistic for some pitchers to generate more vertical break on their slider by generating a more topspin profiling slider if they have a lower arm slot. Similarly, pitchers with a higher arm slot may struggle to develop more horizontal break on their curveball or change-up due to their more natural horizontal spin axis.

The research that has been done to date has defined some very interesting differences between pitch types, however there is still plenty more to be discovered. We plan to attempt to replicate these results and further investigate the differences in kinematics, kinetics, and kinematic sequence timing, as well as pitch characteristics using PitchAI and Rapsodo. Using PitchAI’s arm speed metric, we will also be able to compare arm speed, pitch velocity, and spin rates across pitches. The goal of our research will not only be to further the kinematic and kinetic data between pitch types, but also to investigate coaching methodologies that may induce changes to benefit development of better secondary pitches.